A letter from Santa,

This year, Santa invites all his Elves to help out locally! Partnering with The Secret Sandy Claus Project (http://www.sscpny.org/) Santacon will deploy Santas and Elves with a bag of toys and a route to make deliveries at children’s’ homes in Brooklyn, Queens and in Lower Manhattan. Exact locations will be provided in advance to meet up.

Santa is working more closely than ever before with the New York Police Department ensure that the event remains enjoyable and safe for locals and Santas alike. Like other events, including the treasured West Village Halloween Parade, Santacon has had growing pains. Santa agrees that there is no excuse for inappropriate behavior.  Public drunkenness, urination or rude behavior is not only prohibited by the stated rules of the event, but actively discouraged by the crowds of Santas themselves, who are for the most part, responsible, creative community-minded New Yorkers.  NYC Santa realizes that he has a responsibility to New York City and its citizens. Heck, Santa Loves NYC. Santacon has spread joy and generated money for local businesses and charities since it began its charitable mission in 2012.

Since Santacon.nyc’s 2012 transitioned to a 501c3 Not for Profit, the event has raised over $750,000 for local charities including, City Harvest, The Ali Forney Center,The Secret Sandy Claus Project, The Food Bank for New York City, Dance Parade and Materials for the Arts to name just a few of our charitable causes. Santa’s elves worked hand-in-hand with these organizations to benefit those in need.

Santacon began in 1994 as San Francisco’s Santarchy, a culture-jamming event created by the Cacaphony Society to point out the absurdity of America’s consumerist holiday traditions. Over the past 24 years, it’s grown to an annual tradition in its own right. You can learn the full history, the ethos, the list of rules and see stories and pictures at santarchy.com. Although NYC hosts the largest existing Santacon (santacon.nyc), it is one of over 300 similar events that will take place in over 40 countries around the world this holiday season. The Santas and Elves who organize NYC Santacon oversea a website, Twitter feed, organize a route, reach out to local venues, and encourage participants to come fully costumed and share the holiday joy! Its enormous popularity shows that it is responding to a strong cultural desire to poke fun of traditional holiday tropes, as well as get together with friends, dress creatively, and interact, participate and celebrate with friends and strangers alike. This, above all, is the purpose of the holidays and the purpose of Santacon. 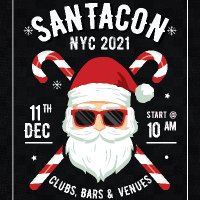 Dance your antlers off at the SantaCon NYC After Party till 10pm at Taj II #SantaConNYC https://t.co... 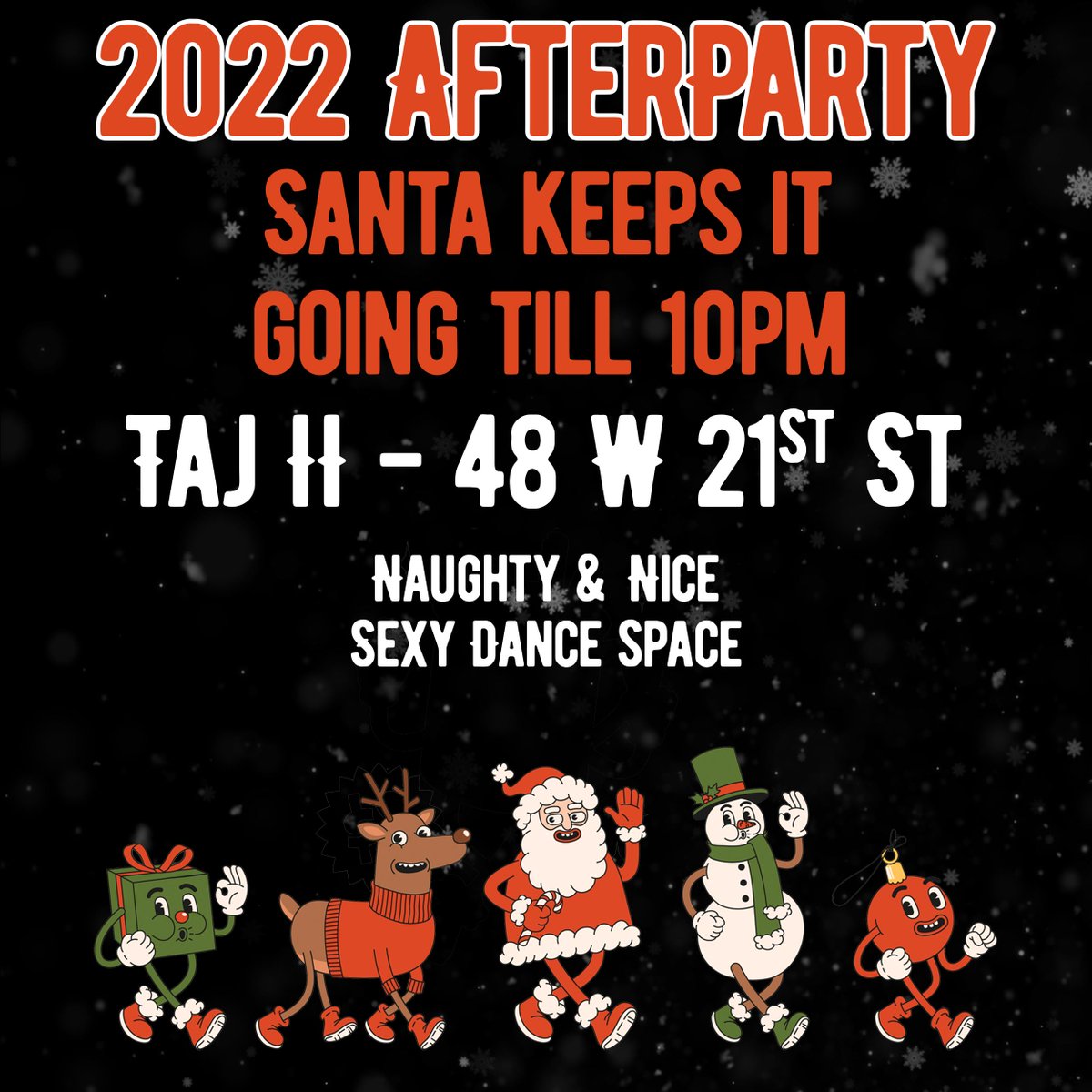 SantaCon NYC we OUT! The CON is officially over. If you made it this far, good for you. Now get hom... 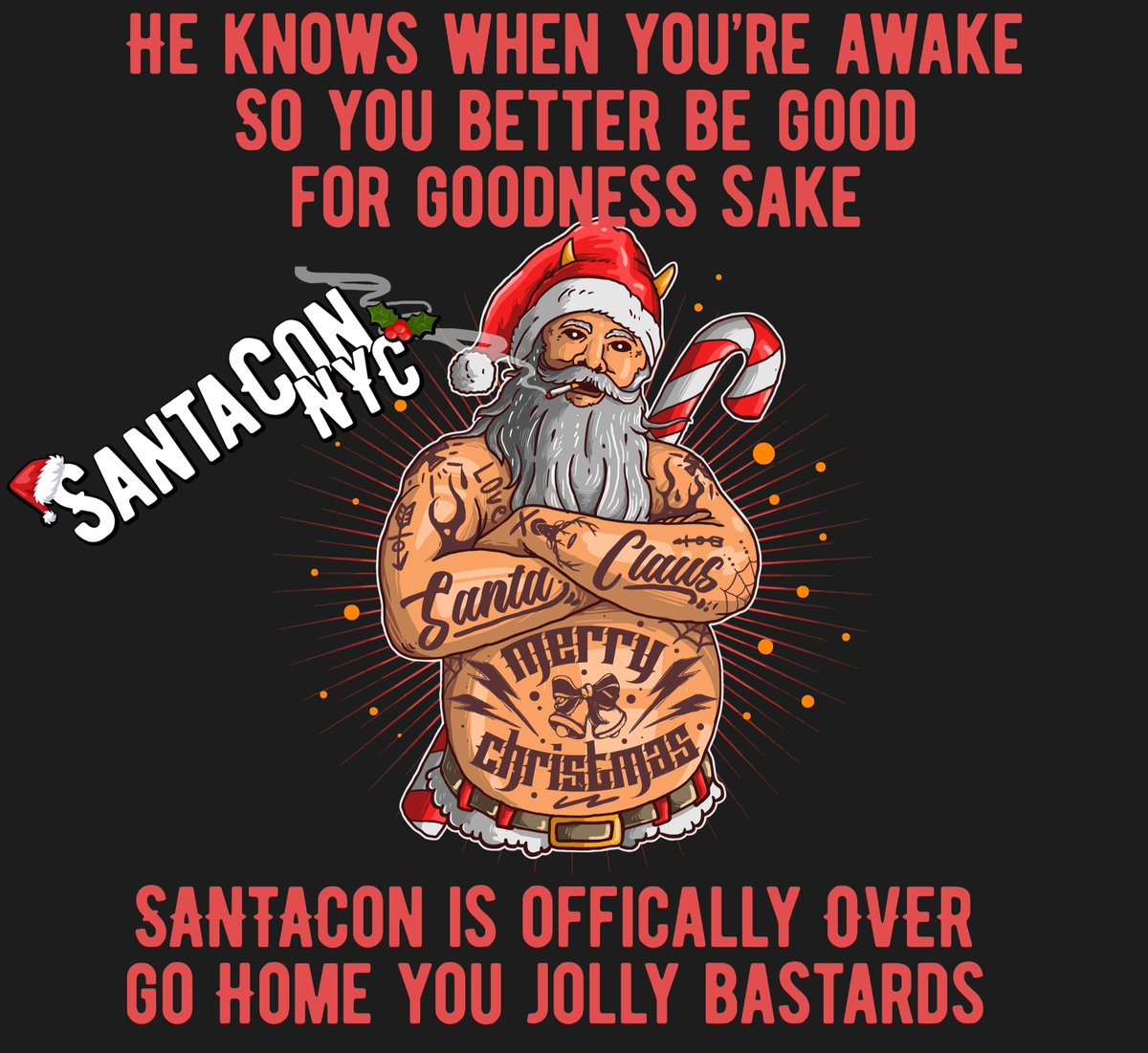 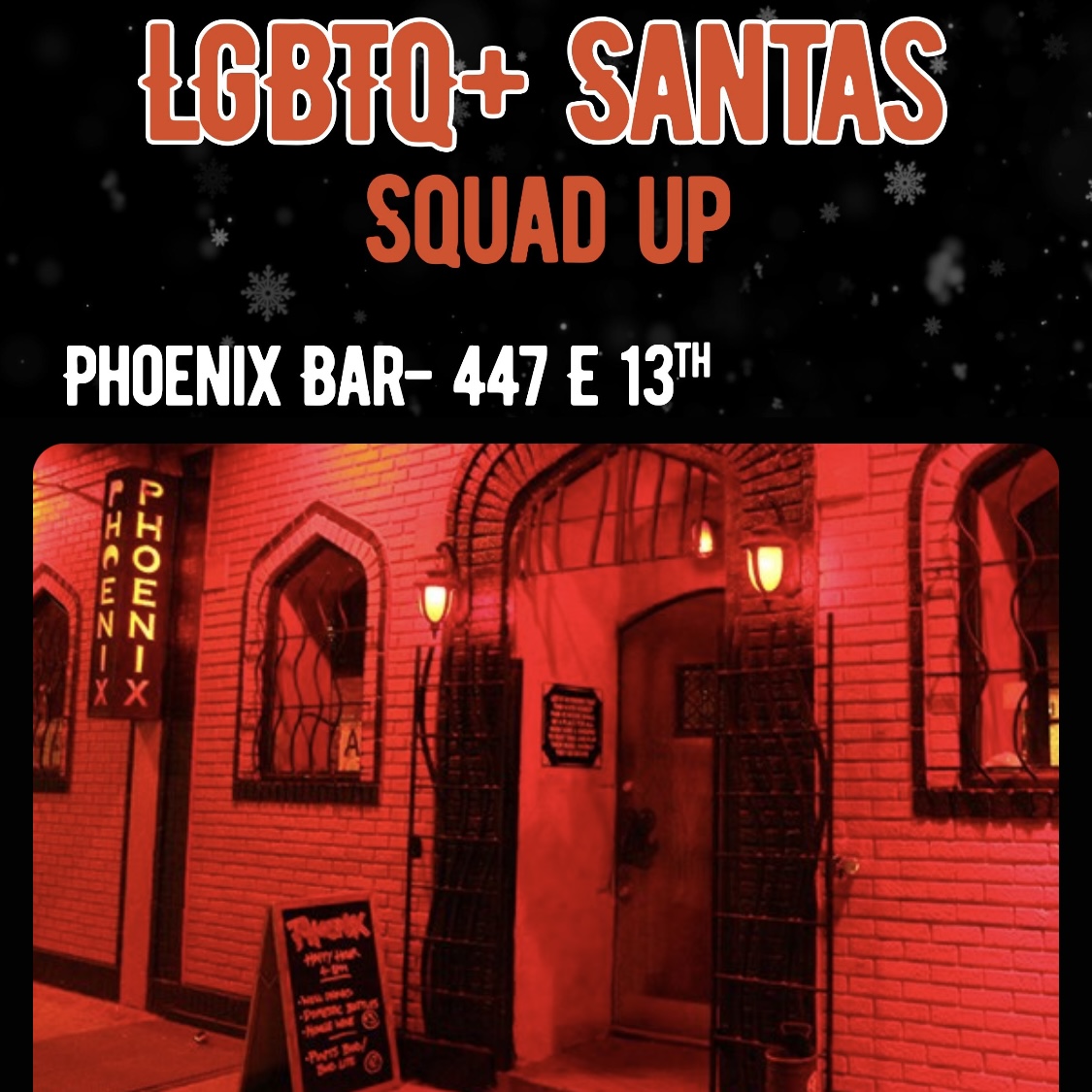